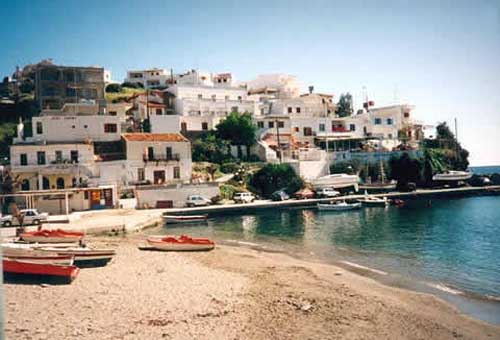 In other words, Crete has had a rich and hectic life and that is one of its main tourist attractions. With respect tol language The long Venetian and Turkish occupation have left their marks and this is noticeable in the pronunciation of certain consonants of modern Greek, so here you will notice that people speak a little differently. With respect to music here it is very distinctive and is present at all social events. Traditional music is represented in a single instrument: the lira, but the «lute»Which is played like a guitar and is present in the famous kept, those improvised songs that sing about love and ancient times.

And that food is there here in Crete? Fried or boiled snails called «chohlious«, Dry and salty bread with olive oil and tomato,«ntakos«, Fried zucchini called«kolokythof you«, Sour or cut milk«xygalo»And other fresh and tasty dishes that are combined with the national gastronomy. Oh, and don't leave without trying Sitia wine, a white wine from local vineyards that is ideal to accompany fish dishes.