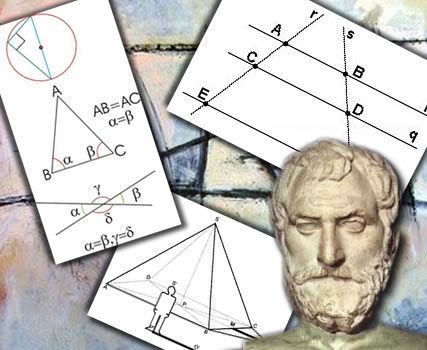 The Biographical data of Thales of Miletus they are somewhat uncertain but they are inclined because a Greek colony of Asia Minor was born in the city of Miletus (624-546 BC). He was the first to rationally explain what was previously taken for granted by mythology. He was the one who deciphered "the passage from myth to logo."
The electricity that is used for everything and only costs to lift a knob, has been studied and improved by many men throughout history, but all agree that the first to intuit the existence of this energy was the first Western philosopher, Greek Thales. of Miletus.
Electricity has always existed belongs to nature, man has only discovered it and has taken advantage of it. Natural electricity is called static.
Thales of Miletus was the founder of the Ionian School of Philosophy and one of the seven wise men of Greece.

He discovered that if he rubbed a stick of amber (fossilized resin) with a cloth, he attracted lighter objects, such as dry leaves, feathers, fabric threads, but he did not get to discover the types of charges, but he was sure that the electricity belonged to the rubbed object. Thales, he sensed that this property was inside amber.
This simple observation was the first to be discovered about electricity.
Later the Greek philosopher Theophrastus (374-287 BC) recorded the first scientific study of electricity when he observed that other elements have the same power of attraction.
Even the word electricity derives from the Greek word elektron which means amber.
During the Middle Ages there was no research on science, but in 1.600 AD the English physicist and physician William Gilbert found this property in various bodies.