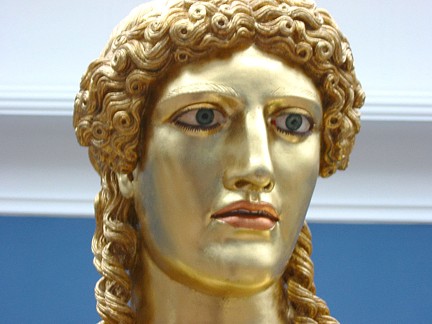 Despite the existing social differences, the Greeks had an original conception of the human. Considered by all previous civilizations a simple instrument of the will of the gods or kings, the human being in Greek philosophy acquires the value of individual. The concept of citizen, as an individual member of a polis, regardless of whether or not they belong to the nobility, constituting one of the key contributions of Greek culture. The greek cops they allied or warred with each other, but the Hellenic peoples were recognizing the same nationality, in the communion of elements such as the Olympic Games, religion, language, among others.

In the XNUMXth century BC, most of the city-states went into crisis, both due to the decline of the power of the monarchs, as well as the scarcity of fertile lands, and demographic growth, which caused great social tensions. The crisis prompted the Greeks to colonize the Mediterranean, it gave rise to a very active trade and expanded the use of Greek as a commercial language.

Around 760 BC, the Greeks established colonies in southern Italy, in Naples and Sicily. Restrained by the Phoenicians and the Etruscans, they were never able to dominate all those lands, but their cultural influence profoundly marked the subsequent evolution of the peoples of the Italian peninsula.

After colonization, the social structure of the polis was transformed. The enriched merchants, due to the maritime expansion, did not want to continue leaving the government in the hands of the nobility and together with other peasants they pressed to participate in decision-making. Athens, one of the most prosperous cities on the peninsula, then began a process of political transformations, between the XNUMXth and XNUMXth centuries BC, to a progressive democratization of its government structures.

In 594 BC a reformer named Solon took a first step in this sense, by instituting the written law, a court of justice and an assembly of 400, representatives chosen according to their wealth, in charge of legislating in the affairs of the city.

Full path to article: Absolut Travel » The Greek Concept of Being Human