Agricultural production in Venezuela is unevenly distributed as is its population. The The main areas of agricultural crops in Venezuela are found in the valleys of the Andes and the coast, in addition to the slopes of the same. In low altitude areas, tropical and subtropical crops predominate, while wheat and potato crops are grown at higher altitudes. But where a large part of the country's agricultural production is concentrated is in the Carabobo and Aragua valleys, since we hardly find flat and extensive regions, as they have a mild climate which allows a large number of products to be grown.

Venezuela is very prone to floods throughout the territory, which increase the thickness of the vegetation layer. The problem with these floods is that little by little other arable land is becoming unusable since they have to go through two stages. In the first one, you have to wait for the water to disappear. In the second stage, many of these lands have been filled with sandy material and stones, giving more work than usual to those lands if the inhabitants are to return to being productive.

In general, Venezuela is not a country where agriculture is especially good. The fertility of the land is often spoiled, which causes migratory movements of the inhabitants, as did the ancestors, to try to avoid the risk of losing production from one year to the next. Before the appearance of oil in Venezuela, the country's economy was based on agriculture to ensure food for its inhabitants. At that time before oil, most of the territory was rural and there was hardly any infrastructure to distribute basic elements for food to the population.

Agricultural production in Venezuela has been concentrated in products used as raw material for the country's industry, especially for the food industry. The main agricultural crops of Venezuela are:

In the last decades of agricultural crops in Venezuela, products such as corn, rice, sorghum, sesame, peanuts, sunflower and cotton have become enormously popular. Although the leading products within the country's agriculture are those of sugar cane, coffee, cocoa, tobacco, corn and rice.

Introduced by the Spanish in the XNUMXth century, until the beginning of the XNUMXth century, they made Venezuela the World's largest exporter of Coffee. Of African origin, its main growing area is the tropics since it requires continuous humidity along with a moderate amount of sun. The ideal altitude for its cultivation is between 600 and 1800 meters high. The main states where coffee is grown are Táchira, Mérida, Trujillo, Lara, Portuguesa and Monagas.

Historically cocoa always has been one of the pillars of the economy of the country during the colonial period when its quality was recognized throughout the world. Cocoa is a silver imported by Spanish religious from Mexico, although other sources affirm that it is typical of the country. Like coffee, cocoa requires a very specific humidity and the crops are found at altitudes that exceed 450 meters in height. Miranda and Sucre are the main states where cocoa is grown in Venezuela.

Until the beginning of the XNUMXth century, rice did not have the importance in the Venezuelan economy that it has supposed in recent decades. Coming from North Asia, it is grown mainly in flaming lands flooded. It requires constant humidity and warm temperatures, which is why its cultivation is characteristic of tropical areas. The largest rice plantations can be found in Barinas, Portuguesa, Cojedes, Guárico and Delta del Amacuro.

The Spanish made tobacco known throughout the world in the XNUMXth century. It is a delicate crop that requires a lot of attention. Any carelessness in tobacco production can affect the quality of the leaf, from which the tobacco is extracted, raw material for cigarettes and cigars. Portuguesa, Cojedes, Guárico and Aragua are the main regions where we find large tobacco plantations. 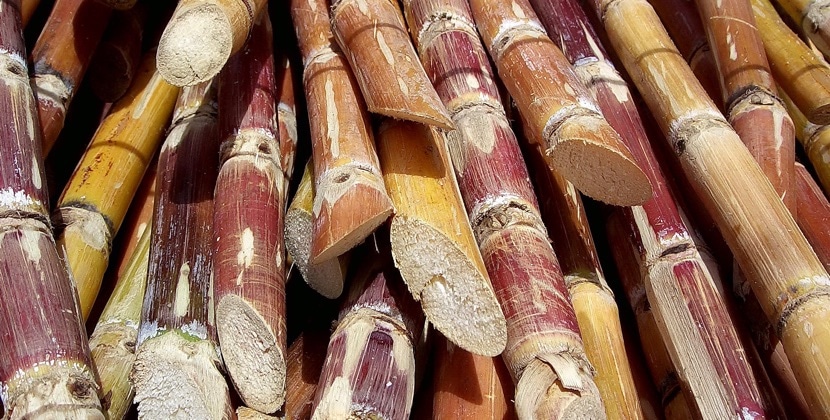 Originally from India, sugar cane has been another product brought by the Spanish to Venezuela in colonial times. The tropical climate of Venezuela has favored the adaptation of sugar cane to the Venezuelan lands. The ideal height to grow this product is around 2000 meters. Main states that are dedicated to the cultivation of sugar cane with Lara, Portuguesa, Yaracuy, Aragua and Sucre.

Being a relatively cheap crop, we can find corn fields in various states, but the main ones are Lara, Yaracuy, Portuguesa, Barinas, Aragua, Guárico, Bolívar and Monagas.

Of African origin, they are grown mainly in tropical areas of the country. It is a cereal similar to corn used both for human consumption and for animals in the form of feed. But it is also used to make alcoholic beverages. Lara, Portuguesa, Barinas, Cojedes and Guárico are the states where sorghum is grown.

From this silver the oil-rich seeds and that are used both in pastry and bakery. Sesame is not very prolific in Venezuela and we can only find it in Anzoátegui and Monagas.

Like Sorghum, Peanuts are not a very widespread crop in Venezuela so the main region where we can find it is in Portuguesa. Peanuts were the lifeline to the oil recession during the 60s in the dream area of ​​the region. But in the mid-80s, when peanut imports were liberalized, the impact on the production of this product was about to disappear from the country. Fortunately, in recent years, peanut production has become very similar to that of yesteryear.

It is the main source to obtain table oil. Before increasing the sunflower oil productionThe alternative was palm and coconut oil. The main production areas are in the states of Portuguesa and Barinas. We can find sunflower plantations at an altitude that ranges from 50 to 500 meters high, with an average temperature of 26 degrees and an average annual rainfall that ranges from 1200 to 2000 mm.

Portuguesa, Barinas, Guárico, Anzoátegui and Monagas are the main states where we can find cotton crops. In the villages that surround the Orinoco, the always made of cotton represents the main economic activity of native ethnic groupsBut the introduction of chemicals is putting the river's ecosystem in check. Cotton requires soils with adequate physical-chemical characteristics for fertility to be ideal, otherwise, cotton production may be significantly affected.

Types of agriculture in Venezuela

Has it been clear to you which are the main agricultural crops of Venezuela?