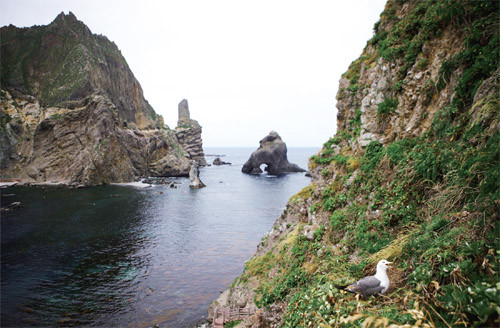 The country is in a zone with humid continental climate, which allows the development of abundant vegetation, where mixed forests stand out. You can see different species of deciduous like elm, maple, poplar. In the southern coastal regions there are totally different species than in the rest of the country, for example, bamboo, oak and laurel.

Let us bear in mind that the forests in the area cover two thirds of the surface, unfortunately the surface of forests is in a slight decrease as a result of different human activities.

The mixed forest is characterized by hosting different species of large and small mammals. The most frequent species that we see are squirrels, porcupines, hares, owls, hawks.

Large species of mammals such as bears, tigers and leopards are in danger of extinction due to continuous hunting and the destruction of habitats.

In the last times has become a heavily guarded area in order to protect the species. The groups of scientists and ecologists came to identify about 2.900 plant species of 70 mammals and 320 varieties of birds.