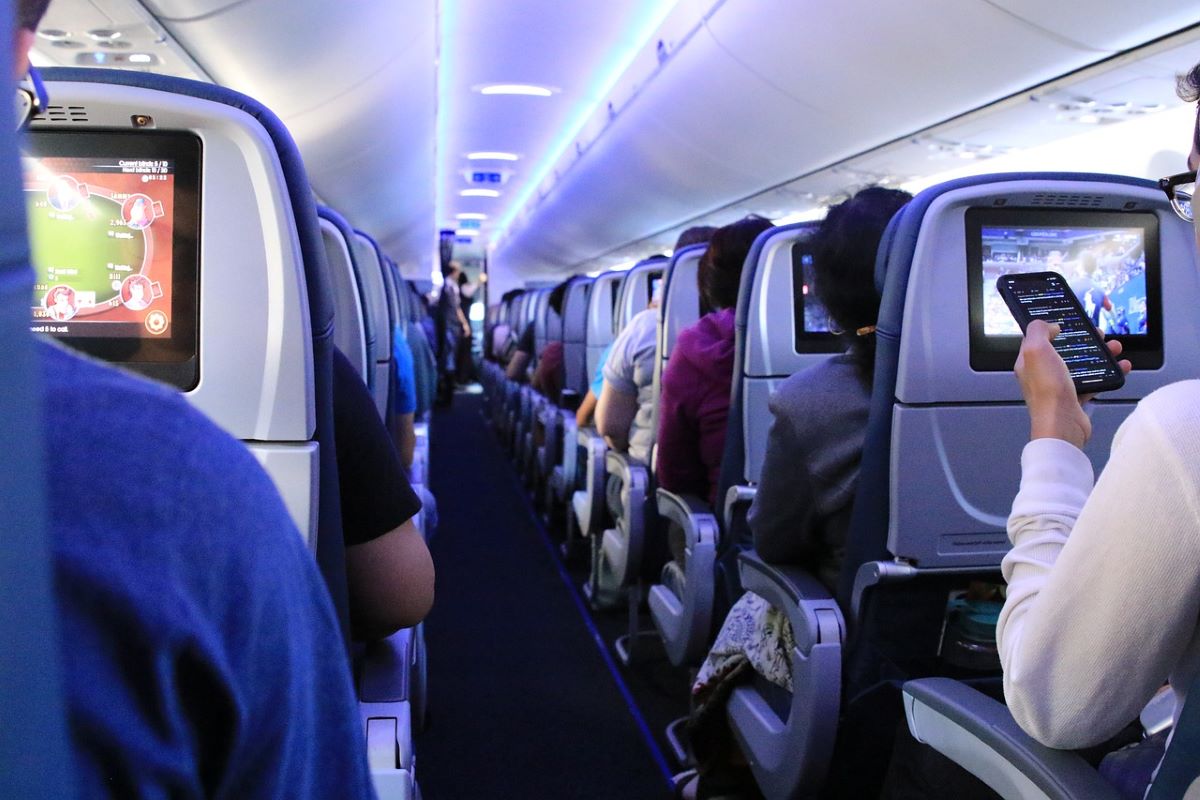 The United States is a large country that is very well connected internally by different means of transport such as train, plane, car and bus.

The US transportation network is very efficient in general terms and allows you to move around the country quite comfortably and quickly. If you are planning a trip to the United States and want to know how you can move from coast to coast, do not miss this article where we explain what are the means of transportation in the United States.

The plane is the most convenient means of transport to move within the country from one state to another since the national flight network is extensive and reliable with thousands of daily flights, multiple airlines and hundreds of airports. Most major cities have at least one airport with direct flights and connections available.

The country is very extensive so if once there you want to travel from coast to coast in the shortest time possible, it is best to take a plane as the journey will take you less than six hours compared to the trip of several days that It involves traveling by train or car.

When to travel by plane in the United States?

If you are looking to save some money with your plane tickets, the best thing to do is to plan your trip in advance. In the past, airlines tried to get rid of excess seats at the last minute, so you had to wait a long time to get cheap air tickets. However, today the situation has changed and there are airlines that more often offer travelers better prices.

At certain times such as spring break, summer or the eve of holidays and bank holidays, waiting until the last day to get air tickets can be expensive because it is high season and traveling by plane in the United States is more expensive. If you have the opportunity to travel to the United States during the low season, it is the most advisable because the plane tickets are cheaper. It is the same with traveling on weekdays instead of weekends. This way you will save more money.

Airlines you can travel with

Some of the national airlines that operate in the United States are: American Airlines, Delta Air, United Airlines, US Airways, Skywest Airlines, Southwest Airlines, Hawaiian Airlines or Virgin America, among others.

All the states of the country have a good number of airports that make daily flights to different cities. In fact, the United States has 375 domestic airports.

When traveling around the United States on vacation, many travelers choose the car because it can be quite an adventure. And is that one of the most famous road tours in the country is Route 66 also known as "the main street in the United States."

At nearly 4.000 kilometers in length, Route 66 crosses the country from east to west through eight states (Illinois, Missouri, Kansas, Oklahoma, Texas, New Mexico, Arizona and California) from Chicago to ending in Los Angeles. Doing the route by car or motorcycle is the dream trip for many people. However, To get around the United States by car you must know how to drive there because its legislation may be different from that of your country.

What does it take to drive in the United States?

If you are traveling as a tourist, in most states you will need an international driving license. Maybe when you go to rent a car they won't ask for it but taking it never hurts because it is very easy to get.

For example, in the case of Spain to get it you will have to be in possession of a valid driving license and the procedure can be done quickly online. All you need is an electronic DNI, fill in the form to request the permit and pay the fees. Two days later you can pick it up at any traffic office presenting your ID to identify yourself and a current color photograph of 32 x 26 mm. Once issued, the international driving license has a validity period of one year.

Remember that to rent a car in the United States the minimum age required is 21 years, although in some states it may be 25 years.

What do you need to know to drive in the United States?

Despite being a country with an Anglo-Saxon tradition, in the United States you drive on the right, the same side of the road as in most European countries and Spain. However, we must bear in mind that each state may have different traffic regulations. So, Before you start driving, you should find out about road signs and speed limits in the states you are going to visit.

On the other hand, the United States is a country that has large areas of little inhabited land where wild nature reigns, so that if you do not know the terrain, it is easy for a setback to arise and get lost. To avoid this, if you are going to rent a car in the United States, make sure you bring a GPS that has updated road maps.

Public transportation in the United States

Another alternative to get around the United States is the train. It is a good option if you have a lot of time to travel, if you don't have an international driving license or if you don't want to complicate your life with GPS and directions when renting a car. What's more, If you choose the train to circulate in the United States, an advantage is that you can enjoy spectacular landscapes (huge meadows, high mountains and picturesque villages) while you travel comfortably seated.

In the United States, who provides this service is Amtrak, the national rail operator that connects North America through its system of more than 30 routes whose trains travel to more than 500 destinations in 46 states and Washington DC

Also, many cities in the country have urban train systems that often provide connections to local railway stations and run between cities and outlying neighborhoods.

What are the trains like in the United States?

Most Amtrak trains have very spacious seats to stretch your legs and rest, with free Wi-Fi, toilets, and food. among other services. In addition, for those trips with very long distances there are wagons with sleeping compartments.

What trips to do by train in the United States?

Among the routes that Amtrak offers to passengers, there are two that, due to their uniqueness, would be a very interesting experience to do: the California Zephyr train (which follows the path that the prospectors made westward through 7 states of beautiful landscapes ) or the Vermonter train (to see the beautiful landscapes of New England, its historic cities and its churches with white steeples). 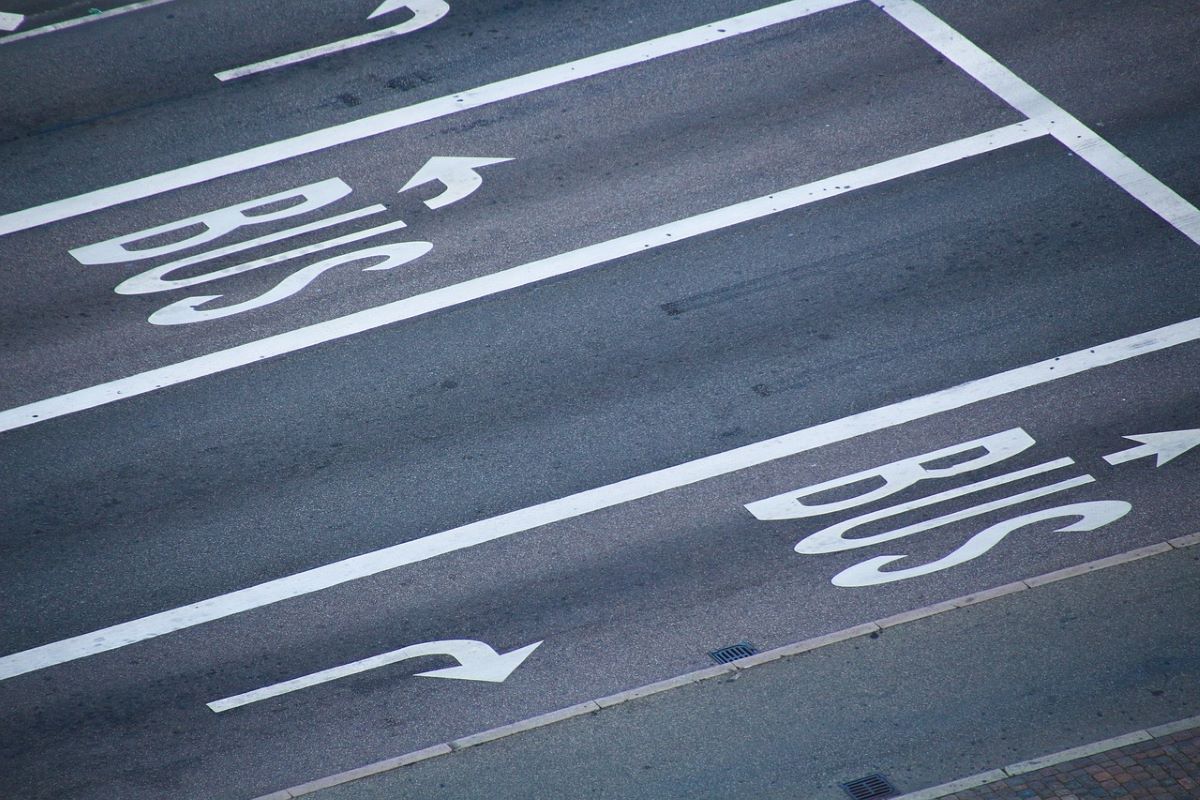 One of the most used means of transportation in the United States to move around the country is the bus. The reasons for choosing it are many: a wide variety of companies that offer the service with prices for all budgets, good connections between many cities and clean, comfortable and safe vehicles.

Most large cities have reliable local bus networks, although service on weekends and at night is limited.

If time is not a problem, the bus can be a very interesting way to explore the country as it allows you to see the most remote places and very different landscapes that would not be possible if you did it by plane.

What are the main bus companies?

It is not a means of transport that is used to travel between cities but within the same locality. All major cities in the United States have a large fleet of taxis. At airports it is usually easy to take a taxi because there are many that take tourists to the city center, but conversely it is a bit more complicated and it is not easy to find a free one.

Contrary to what many people tend to believe, taxis in New York are not too expensive. The average price of a standard trip through Manhattan is about $ 10 but if you are in a bit of a hurry, I recommend you look for alternatives such as the subway because traffic in Manhattan can be a bit chaotic and traffic jams tend to form.