What is the egyptian religion? To solve this question we must explain a little the origin of religion and the meaning it has for humans

Since its origins, the human being has always wanted to know where he himself came from, and all the things that he had around him. First, he thought it was something like magic, and then everything he couldn't explain began to think that it was the work of one or more gods. Thus began what we know today as religion, something that will probably be with us throughout the existence of the human species, since we still ask ourselves the mythical questions of: what am I doing here? Or, what is my mission in life?

But if there is any civilization in which religion has had more prominence, it is undoubtedly in the Egyptian population. In the past, they believed that it was the gods who controlled everything. Today, believe in allah, the Supreme God of the Arab world.

Since the conquest of Egypt in AD 639 by Umar ibn al_Jattab, Islam has been and is being a benchmark of the Egyptian religion. It is practiced today by 80% of the population. The remaining 20% ​​is divided between followers of the Christian religion, Orthodox Maronites and others.

The number of atheists is not known with certainty, since atheism is persecuted by the government and, as a consequence, very few declare it. In fact, the novelist Alaa Hamad was arrested for having published a novel with atheistic ideas. This was seen as an attack on the unity of the country and on his own well-being.

After the coup that Egypt suffered at the beginning of June 2013, the then president, named Mohamed Morsi, wanted to turn the country into a theocratic state. This means that the one who governs can say that he does so in the name of a God. But he did not succeed.

Today Islam is the most powerful Egyptian religion in the area, and the vast majority of Egyptians pay homage to their god, daily.

The Islam It is an Arabic word that means "surrender" or "submission." It is a faith that encompasses approximately one fifth of humanity. Its adherents reside in almost every country in the world and comprise the majority in large segments of Africa, the Middle East, the Indian subcontinent, and Asia.

Characteristics of Islam as an Egyptian religion

Islam is an Egyptian religion based on five "pillars" which represent the foundation on which everything else is based:

What a Muslim does is called la shahada, which means "testimony" or "be a witness." It has been fulfilled by declaring to two witnesses to the fundamentals of the creed of Islam: "Ashhadu un Rasulullah la ilaha illa Allah wa ana Muhammadan" This means, "I bear witness that there is nothing worthy of worship except God and that Muhammad is the messenger of God."

It is prayer. While people can supplicate any time they wish to do so, there is a specific prayer every Muslim adult, female and male, is forced to perform five times a day. The times are determined by the perceived movement of the sun as a way of reminding people of the temporary nature of the world.

Consist in paying the Zakat, an obligatory alms, once each lunar year, from the capital of all responsible adults. It is not an income tax, income tax is prohibited in Islamic law, but rather a capital tax on wealth that has been withheld for at least one year.

Fasting is all the lunar month of Ramadan, and begins with the sighting of the crescent for that month. Fasting involves abstaining from eating, drinking, and having sex from sunrise to sunset and is mandatory for healthy adults.

Is Hajj or pilgrimage to Mecca. Muslims believe in Mecca to be the site of the first house of worship built by the prophet adam and eve to his wife and then restored millennia later by the prophet Abraham y su child, el profeta Ismael. At the end of his mission, the Prophet Muhammad restored his monotheistic goal by destroying the 365 idols in it that the Arabs had been worshiping before Islam. 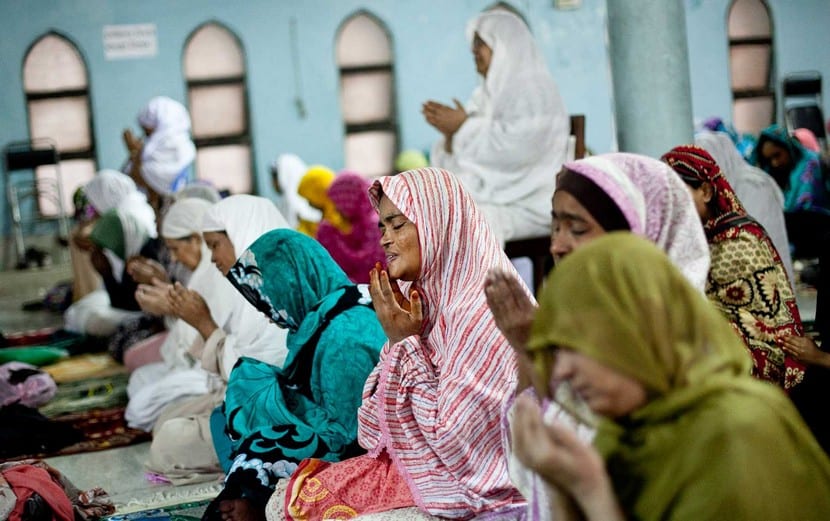 Due to the wide cultural diversity in the Muslim world, Islam is a quilt of many colors rather than a monolithic faith etched in stone. Most Muslims have never considered Islam to be "straight and narrow," but "straight and wide." The Arabic word for the holy law of Islam, la Sharia, means literally "the wide road to the water."

La ShariaRather than being a rigid and inflexible law, it is governed by a fluid and elastic set of Muslim legal principles and theorists considered rationally understandable and therefore can be modified when reason is absent or justified by circumstances.

Most muslim cultures they manifest their own characteristics. For example, him Islam from Indonesia, is essentially the same in skeletal form but quite different culturally from Senegal's Islam. Muslims are required to wear modest clothing, and women must cover their hair and their entire body except for their hands and face when in the presence of unrelated men. However, the bright colors of Nigerian women contrast with the dying black of the Arabian Peninsula, both are considered acceptable. 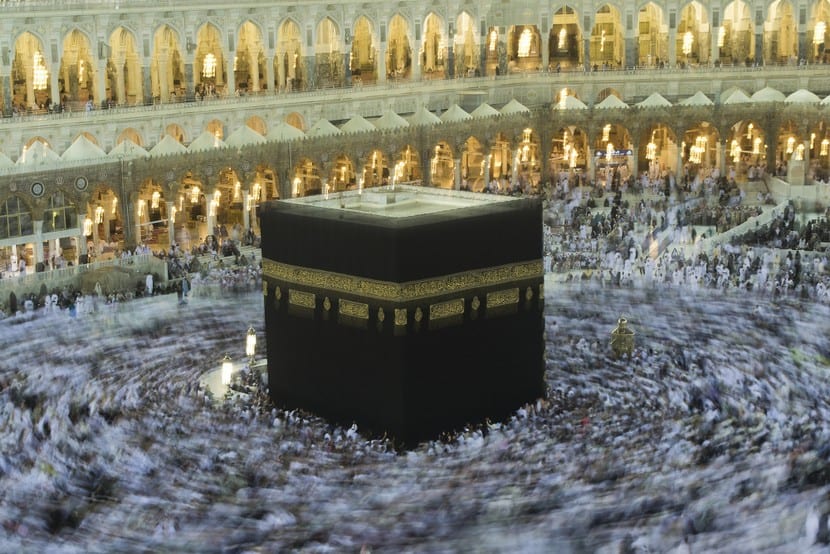 Food and festivities also differ greatly, and Muslims, like other peoples, have various ways of enjoying themselves and appreciating life milestones such as weddings, births, graduations, and religious festivals. Religious music and singing they are widespread in the Muslim world, and reciters with beautiful voices have states in some Muslim countries.

Death is a matter of ultimate concern of every human being, and Islam has a very vivid portrait of the stages of death and the afterlife. Therefore, the world is seen as an opportunity to cultivate for the afterlife, and time is seen as the capital that humans either invest wisely or squander, only to find themselves bankrupt in the next life.

The idea of ​​mentioning death and reflection about death is very important in the daily life of a Muslim, and attending the funeral of a Muslim, whether they are known or not, is highly advisable; for such assistance, one is rewarded by God. Muhammad advised, "There is much mention of the destroyer of delights," which is death.

Do you have any more questions about the Egyptian religion?