Antoni Gaudí was one of the great architects and the highest representative of Spanish modernism. As such, he left us a great legacy that you can visit today in order to continue admiring his works, which will not leave you indifferent that we know. One of them is Casa Batlló but it has many others that we must either know or get a little closer to.

Hence, we have opted to make a virtual journey through some of the most emblematic and imaginative works of the genius. All of them have that personal, creative and imaginative finish that gives them a unique result. Something that characterized it as a most personal modernism. Let's pack because we're going on a trip!

The Sagrada Familia by Antoni Gaudí

The basilica located in Barcelona is one of the most visited works, and its construction began in 1882, to be one of the tallest churches in the world. Although he has many, we could say that it is his great masterpiece. This occupied him many years of his life and also, with it, he reached the naturalistic era, already in the final phase of his career, where it would be a great summary of all the above. The largest of the temple was made in an organic style except for the part of the crypt that was in Neo-Gothic. Geometric shapes could not be lacking, nor could similarities with nature be lacking. If you have not visited it yet, you cannot miss this emblematic appointment with Antoni Gaudí!

In this case, we are talking about the remodeling of a building, located on Paseo de Gracia in Barcelona. We can say that we are in Gaudí's naturalistic era, where he perfected his most personal style and that his inspiration came from nature. Having said that, a visit to Casa Batlló can be one of the best places for your senses. Why? Well, because the visit can be highly interactive thanks to artificial intelligence, binaural sound or motion sensors. In other words, a way of integrating into Gaudí's world, of seeing what he saw or feeling what he felt through an audiovisual show. It is a unique experience that will answer questions such as what was his inspiration, how that imagination of the genius was created and everything that surrounded him.

On this visit, you will respond to all of this and more. Since you will find an immersive room in which you will enjoy more than a thousand screens. In them you will discover all its secrets about its origins in 'Gaudí Dome'. But not only seeing will be enough, but the best sounds will surround you thanks to the 21 audio channels that capture the spirit of nature and of course, the volumetric projections, where the magic will be more than real.

After enjoying its beginnings or its origins, it is time to also enter the mind of Gaudí. Something that really seems complicated! But with Gaudí Cube, it will be achieved. A new room where it has a 6-sided LED cube. With it you will be able to change all perception of reality, it will take you to another world, to a fantasy, but always helping you with all the senses, without forgetting that we are inside the mind of the genius. Of course, for this, there was an exhaustive research work behind it. A selection of drawings was made, as well as writings or photos and other material that, with the help of artificial intelligence, have given life to this project. We will see reality with his eyes and the mark he has left on the world.

When are we entering the Casa Batllo, we will enjoy some projections of his life, images of yesteryear and all this is a way to travel to his time. Another novelty is that simply by approaching a painting, the motion sensors that are installed in them will start small film productions, thus discovering more information about the house and the family nucleus. To finish enjoying all his legacy but in the first person, making it a magical experience that must be lived, at least, once in a lifetime. Do you dare to discover its surprises?

On Mount Carmelo, northwest of Barcelona, ​​we find Park Güell, which is another of Gaudí's best-known works. When we see him, we know that he also enters the naturalistic era and that he enjoys a very personal style. In it we can find the most special corners such as the San Salvador de Horta fountain or the Joan Sales viewpoint, from where you can enjoy a panoramic view of Barcelona. Already only at the entrance or in the pavilions, we can already enjoy the most style of the genius. Another of the places that should also be visited and if you have already done so, a walk around the area never hurts. 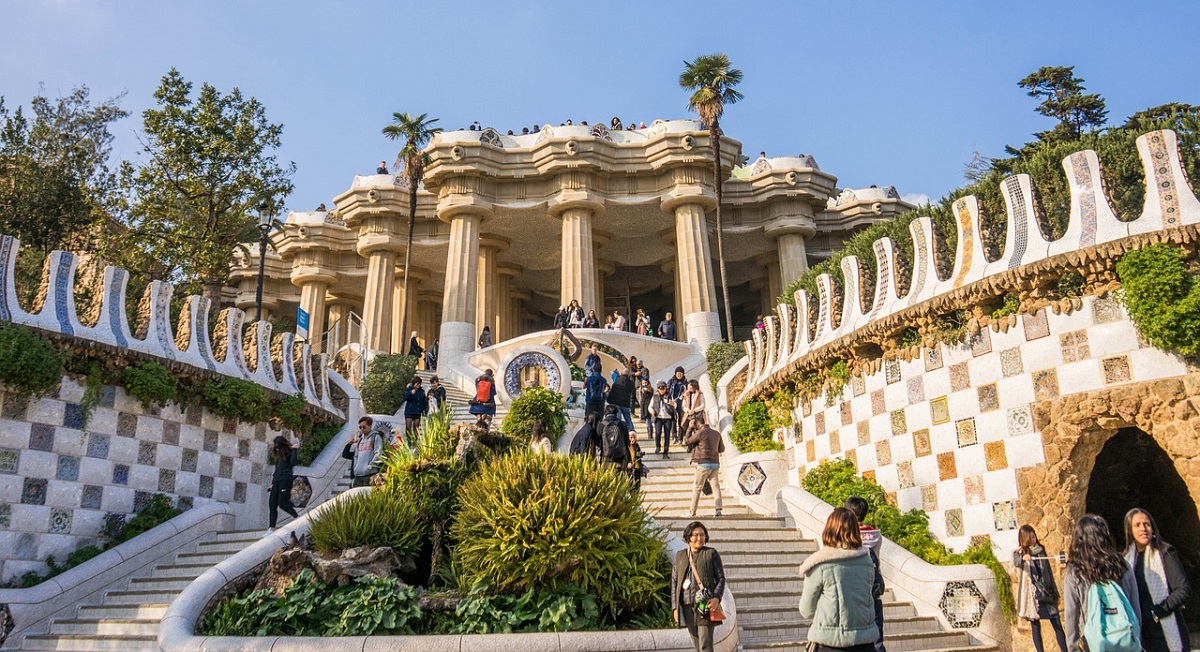 Although all the architect's projects have their importance and success behind them, in this case when we talk about Casa Vicens, we have to mention that it was one of the first jobs he did after studying architecture. So perhaps, it adds even more value, if possible. For this reason, we can place it in the orientalist period, since it has those oriental brushstrokes that Gaudí was so passionate about in his early years. A building that was declared a Site of Cultural Interest and later a World Heritage Site in 2005. It leaves us with great colors on the part of the facade, thanks to its ceramic finish.

Although it is true that the vast majority of his works are located in Catalonia, in this case we have to talk about 'a whim' that went to Comillas in Cantabria. It must also be framed in the eastern period of Gaudí, where ceramic tiles are the main protagonist, in addition to arches and brick. As you surely know, this building was turned into a museum, as it is not surprising. Just by enjoying the facade, it will captivate you!

Since we have opened the door with El Capricho, it is also closely followed the Casa Botines. Because it is another of those buildings that are outside Catalonia and more specifically in León. Of modernist origin, it was a warehouse as well as a residence in its first years of life. But already in 1969 it was declared a Historic Monument of Cultural Interest, being restored in 1996. Today it also houses a museum but maintains the beauty of yesteryear, the essence of Gaudí and the reflection of his genius. Which ones have you visited?

Full path to article: Absolut Travel » Casa Batlló and other great works of the genius Gaudí that you can visit