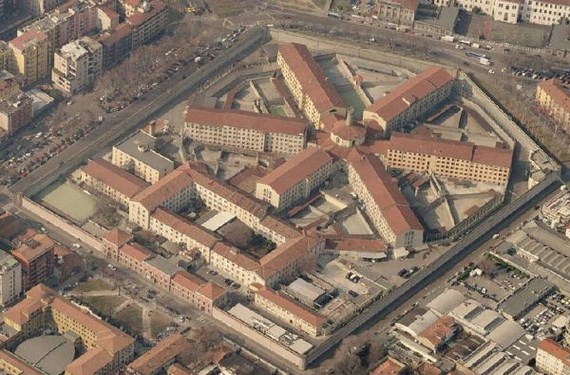 Not that it's really a place to visit, but the San Vittore Prison it deserves for history that we at least dedicate an article to it. Located in Piazza Filangieri, it was inaugurated on July 7, 1879, after the unification of Italy, during the reign of King Umberto I.

Between 1943 and 1945, the years of World War II, the San Vittore Prison was under the control of the SS. Some detainees who have passed into posterity have passed through it in the history of Italy. Among them Dante Bernamonti, deputy of the Constituent Assembly, Gaetano Bresci, Italian anarchist who assassinated King Umberto I of Savoy, Aldo Spallicci, Italian anti-fascist, or Indro Montanelli, Italian journalist, historian and writer.

As with many other prisons in the world, San Vittore's prisons suffer from deterioration and overcrowding. However, the Government, due to the high value of the property it occupies, does not seem to be working hard to get into the matter. Only a few improvements have been made in recent years, totally insufficient given that it is a complex that is almost a century and a half old.